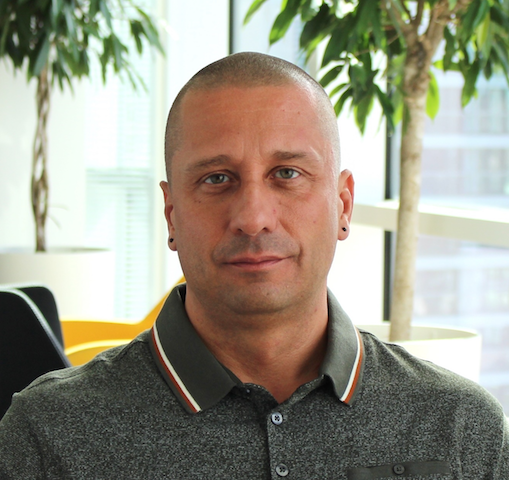 -- "There are people, fluent in math. There are others fluent in plain talk. The ones, who are fluent in both, might be then influential."

-- "Essentially, all models are insecure, but some are safe."

Here is a personal page of my colleague and friend Dr. Vlastimil Klíma who I often cooperate on research projects with. You can also find some of our joint publications there.

This involves solving information security problems using formal models and methods. A considerable part of my job is an internal evaluation of security products as well as designing our own security mechanisms. That presents me various very interesting problems from the area of computer science with certain accent on applied mathematics and physics. I do actively promote the approach based on applied cryptanalysis as a natural and important counterpart to applied cryptography. I am also focused on the security of embedded and radio systems such as RFID, NFC, EMV cards, GNSS, mobile networks, and biometrics (perceived as a signal detection and estimation problem).

The objective of this job was to provide certain technology vision and leadership to start developing and implementing information security program in the bank. I was responsible for establishing a secure environment for its information assets. That included, but was not limited to: security surveys and risk analyses, development of security policies, standards, procedures and guidelines, design and analysis of security countermeasures, intrusion detection, incident handling, disaster recovery planning, etc. Besides this position I continued working on cryptology research, mainly in the area of applied cryptography and cryptanalysis. In fact, this job gave me very good inspiration for that, since I could easily recognize how modern cryptology fits into the whole puzzle of information security. Seeing the lack of essential cryptologic knowledge together with facing its practical consequences motivated our joint (with Dr. Vlastimil Klíma) effort on writing an easy to read, easy to understand, and easy to get serial on Cryptology for Practice.

As the chief cryptologist, I worked on projects in the area of applied cryptographic research. This mainly included joint work with the Czech National Security Authority (CNSA) on cryptographic devices designated to protect sensitive information at various security levels, including the TOP SECRET level (according to the law 148/1998 Coll., Czech Republic). In 2001 and 2003, on behalf of my results achieved, I received a special award of the board of directors and CEO of ICZ Co.

Here, as an information security specialist, I started working on an implementation and design of cryptographic countermeasures into various protecting devices. Since 1999, I led a small security team which was focused on the joint work with CNSA aimed on the development of special purpose cryptographic devices.

Besides various consultations, studies and expert’s findings, I worked on a security devices evaluation in testing laboratories of the computer magazine CHIP (in Czech Republic).

Research projects and publications (selected ones):